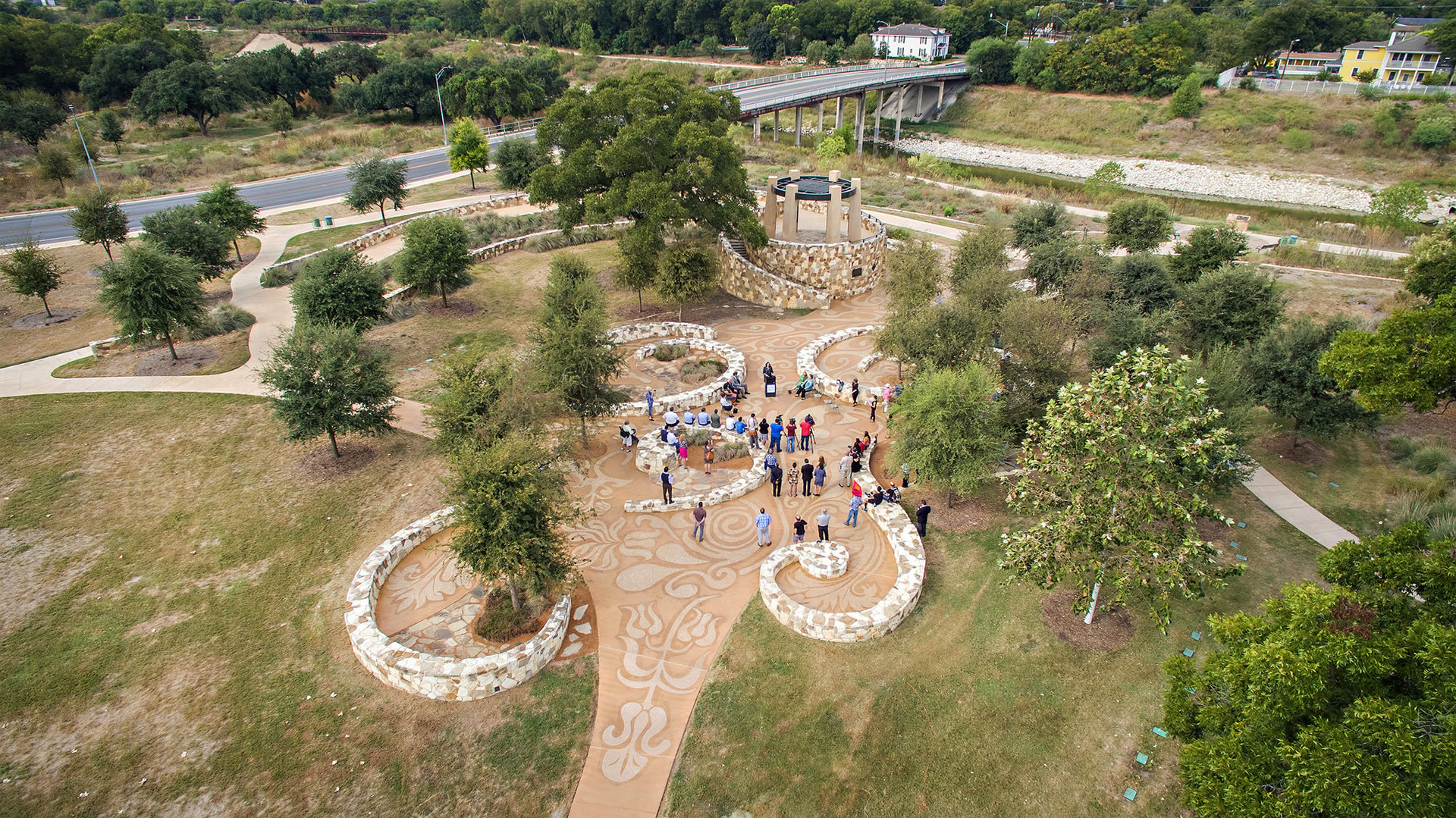 Levy works in sculptural media suggestive of ecological natural patterns and processes, such as water flowing. Her studio is based in rural Pennsylvania, but she works on projects around the world. She has studied at the Architectural Association School of Architecture, Yale University and the Tyler School of Art.  Her interest in the natural world rests both in art and science. She works within the two fields using art as a vehicle for translating the patterns and processes of the natural world into the language of human understanding and tries to design each project so that the site tells the ecological story of itself. She especially likes to explore the idea of nature in the city and to make it visible to people, seeking sites which give her the opportunity to bring the patterns and processes of the natural world into the built environment. In her work, Levy meshes the clarity of diagrams, the beauty of natural forms and the visceral sense of the site. Her art creates a comprehensible visual metaphor for an otherwise invisible natural process.

“As you walk into the park you’re being brought in by these swirling vortices of walls. The walls are all sorts of hydrological patterns that kind of spin off the tower there. It’s an architecture that relates more to the way nature moves, with curving lines.” – Stacy Levy, Artist

“It’s going to be fun for kids to run around it and trace around it,” Levy said. “That’s what I would’ve done if I was about ten years old and I got to have a floor like this in my park. I’m really interested in art being more like a verb and less like a noun, so instead of making a thing I make an experience whenever I can.” – Stacy Levy, Artist

“The San Antonio River flows through the city, its liquid presence flowing past the hardscape of the urban environment. This wonderful  contrast of liquid nature and solid infrastructure is intriguing to me.  As the river flows, the water is always moving in particular patterns of fluid dynamics, with laminar flows and swirling vortices.  These patens are a beautiful aspect of the nature which surrounds us, but they are nearly invisible to us. I wanted to capture the feel and look of flowing water and show people these patterns of fluid motions.” – Stacy Levy, Artist

South side of Concepcion Park

For this, the first of four planned portals heading south along the Mission Reach of the San Antonio River, the San Antonio River Foundation selected acclaimed Philadelphia environmental artist Stacy Levy to provide her artistic interpretation of the River and the Mission adjacent to it. To create a visual connection between the portal and the Mission, the overall design of the portal resulted in a stone platform that allows visitors a view of both Mission Concepción and the San Antonio River.  Surrounding stone walls, designed in coordination with Levy, mimic the turbulent flow of water while leading visitors through the lower plaza towards the Mission.  Circular LED lights accentuate the varying height, width, and batter of each wall on the plaza floor. Design elements are intended to evoke the architectural style of the Mission without specifically replicating the features of the historic structure.